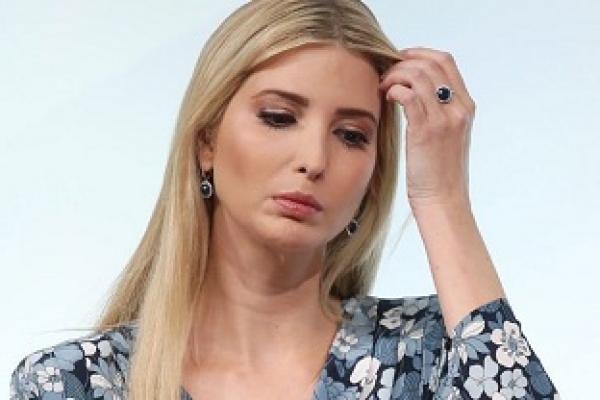 Ivanka Trump, the daughter of US President Donald Trump and his advisor, arrived in Hyderabad in the early hours of Tuesday for the Global Entrepreneurship Summit co-hosted by India and the US. Ms Trump and Prime Minister Narendra Modi will address the annual summit being held for the first time in India.

This is Ivanka Trump's first big solo outing in the international stage. She has been to India before but this time, she is here as President Trump's most trusted advisor.

The theme for the three-day summit beginning later today is "Women First, Prosperity for All", tweeted PM Modi.

Ivanka Trump was invited for the summit earlier this year by PM Modi during a visit to the US.

Hyderabad has virtually shut down to make for smooth movement for the summit. The police have announced traffic restrictions that have forced many schools to call a holiday.

Ms Trump will deliver the keynote address at the inaugural session, along with PM Modi. She is also scheduled to speak at another session tomorrow.

This evening, the Prime Minister will host a dinner for the US President's daughter at Hyderabad's Falaknuma Palace, which has been lit up spectacularly for the event.

The India visit has been clouded by US media reports questioning Ivanka Trump's clothing line and its supply chain as well as a snub by Rex Tillerson, the US secretary of state, who has reportedly refused to send senior staff with her to India.

More than 10,000 security personnel have been deployed as part of the security arrangement, which has been reviewed by the Special Protection Group as well as the US Secret Service.

Among other measures, the city officials have filled up potholes, covered manholes and cleared beggars off the streets.

During her visit, Ms Trump is expected to visit the old city as well as the Charminar, the iconic symbol of Hyderabad. She is also likely to shop at Laad Bazaar or Choodi Bazaar, which is famous for its bangles, semi-precious stones, pearls, jewellery and silverware.