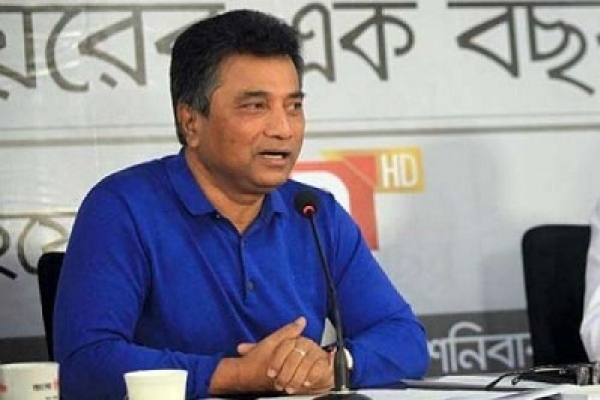 Dhaka North City Corporation (DNCC) Mayor Annisul Huq, who had long been undergoing treatment at a London hospital for neurological problem, died there on Thursday. He was 66.

He breathed his last at 10:23pm Bangladesh time at Wellington Hospital.

His wife Rubana Huq, two daughters and his only son were at his side.

Suffering from neurological problems (dizziness and a lack of balance) for the last several months, he was first admitted to the National Neuroscience Hospital in central London on August 13. Subsequently, he was diagnosed with cerebral vasculitis.

Annisul was put on life support on Monday as his condition deteriorated. Later, doctors found infection in his lungs.

His first namaz-e-janaza will be held at London’s Regent Park Mosque after Juma prayers on Friday.

His body will reach Hazrat Shahjalal International Airport here around 11:20am on Saturday and later, he will be buried at Banani graveyard following another janaza at Army Stadium after Asr prayers on the day.

Annisul flew to London in the last week of July for personal purpose.

From an ordinary middleclass man, Annisul turned himself into one of the leading businesspersons of the country. From a little known struggler, he rose to the zenith of prominence, to a household name.

Born in 1952, Annisul graduated with honours in Economics from Rajshahi University.