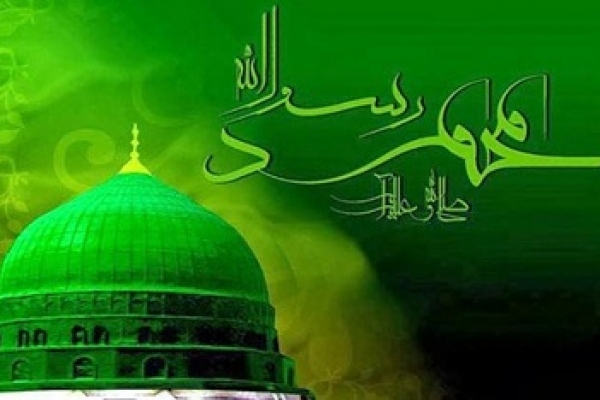 The Muslims in Bangladesh and elsewhere across the world are observing the holy Eid-e- Miladunnabi today, marking the anniversary of the emergence of Prophet Muhammad (Peace Be Upon Him) amid massive religious festivity and fervor.

The holy Eid-e-Miladunnabi is the day of birth and demise of the Prophet Hazrat Muhammad (PBUH). It is observed across the country and elsewhere in the Muslim World with due respect and religious fervor. Side by side, it is time to remember the teachings of the Prophet and follow the mission the Prophet dedicated all his life.

On this day in 570 AD, the 12th of Rabiul Awal of the Hizri calendar, Prophet Muhammad was born in Makkah in Saudi Arabia with divine blessings and messages of peace for mankind. He passed away on the same day in 632 AD.

The tradition of celebrating the Holy Prophet`s birthday on a large scale began in Egypt by the Prophet`s descendants, through his daughter Fatima. It was celebrated mainly by religious scholars and religious establishments. They gathered to hear sermons, distributed sweets, alms and particularly honey, the Prophet`s favourite.

On this day, believers gather to recite special prayers for thanksgiving to Allah for his favours and sending Prophet Muhammed to the world, with his message to guide the people. People attend lectures and recitations on the Life and Instructions of the Holy Prophet. Poetry or Naats are recited after prayers and sweets are distributed amongst the poor.

President M Abdul Hamid and Prime Minister Sheikh Hasina issued separate statements greeting the countrymen and the Muslims across the globe on this occasion and seeking eternal blessings for the people's welfare alongside peace and harmony in the country and elsewhere in the globe.

Besides, opposition leader in parliament Begum Raushan Ershad, in a message, also greeted the countrymen on the occasion.

Like previous years, different social, cultural, religious, spiritual and political organisations and different state-run organisations including the Islamic Foundation (IF) have chalked out elaborate programmes to mark the day.

A milad mahfil will be held at the Bangabhaban at 1.30pm today to be joined by government leaders, religious scholars and distinguished citizens.

The fortnight programme includes delivery of religious sermons, seminars, exhibition of Islamic calligraphy and posters based on life of the Prophet, book fair, Islamic cultural competition and recitation of poetries on him.

The Institute of Hazrat Mohammad (SAW), a research think tank working with persons with disability, is organizing an essay competition at a city hotel tomorrow to showcase the talents of the visually impaired students.

Dhaka University also will hold a discussion, milad and doa mahfil tomorrow on the occasion of the holy Eid-e-Miladunnabi tomorrow.

The authorities concerned have ordered to strengthen nationwide security vigil to avert any untoward incident.

Tight security arrangements have been made across the country to ensure a peaceful celebration of the Eid-e-Miladunnabi.