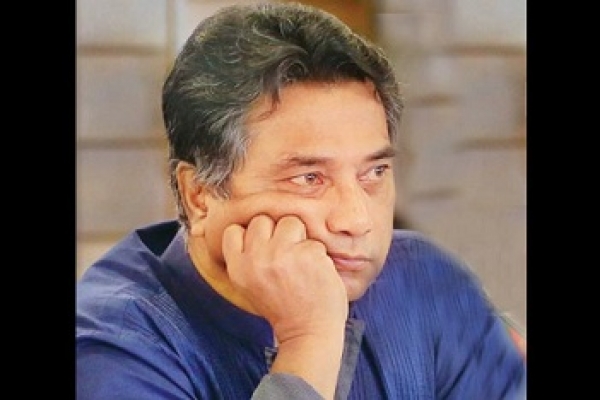 The body of Dhaka North City Corporation (DNCC) Mayor Annisul Huq, who died in a London hospital on Thursday after months of his battle with various neuro complications, is now on way to the capital Dhaka.

A Biman Bangladesh Airlines flight, carrying the body of the businessman-turned-politician, left the Heathrow airport at 6.00pm local time on Friday. The flight is expected to reach the Hazrat Shahjalal International Airport at 12.40am Bangladesh time.

Family sources said his namaz-e-janaza will be held at the Bangladesh Army Stadium at around 4.00pm on the day. His first janaza was held at the Regent Park Central Mosque in London. He will be buried at the Banani graveyard.

DNCC Public Relations Officer (PRO) ASM Mamun said his dead body will be kept at the Army Stadium at 3:00pm so that common people can pay their last tribute for him.

Mr Huq breathed his last at 10:30pm Bangladesh time at Wellington Hospital at the age of 65. His wife Rubana Huq, two daughters and his only son were at his side.

He was admitted to National Neuroscience Hospital on August 13 after he became sick due to various neurological problems (dizziness and lack of balance) during his London visit, which started on July 29, according to a DNCC press release.

Subsequently, he was diagnosed with cerebral vasculitis, and was under treatment in the intensive care unit (ICU) of the hospital.

Annisul was showing some improvements lately, but his condition deteriorated suddenly on Tuesday. Then he was shifted to ICU of Wellington Hospital.

A successful entrepreneur and businessman, Annisul left behind a host of relatives, admirers, well-wishers and followers to mourn his death.

As the death news spread on Thursday, people started mourning for him in public and on social media.