Khaleda gets bail on surrender

Khaleda gets bail on surrender 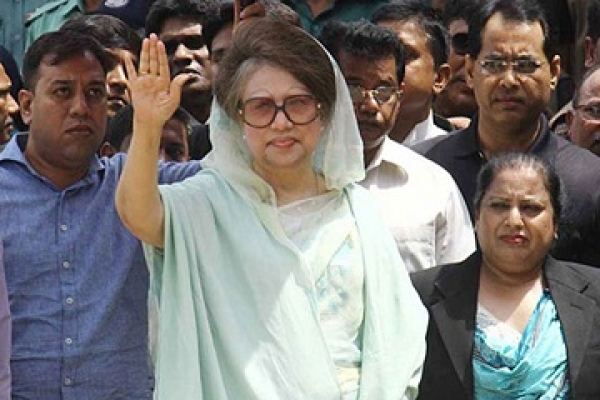 On November 30, two separate arrest warrants have been issued against the BNP chief in two graft cases.

Her bail period expired on November 30 and she could not appear before the court due to the eight-hour hartal enforced by the left-leaning parties.

The court also fixed December 5, 6 and 7 for hearing arguments in the case.

Earlier, the BNP chief faced arrest warrants in the cases as well and on October 19, she got bail in both cases upon a bond of Tk 1 lakh.

The court also asked BNP Chairperson to take its permission before leaving the country on any ground.

The Anti-Corruption Commission filed the case on July 3, 2008, accusing Khaleda, her elder son Tarique Rahman and four others for misappropriating over Tk 2.10 crore that was received as grants for orphans via a foreign bank.