Putin to run again for president

Putin to run again for president 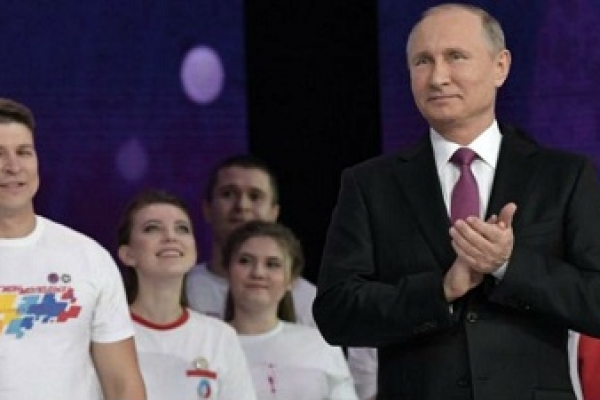 Russia's Vladimir Putin has said he will seek another term as president in next year's election, reports BBC.

He made the announcement in a speech to workers at a car factory in the Volga city of Nizhny Novgorod.

"I will put forward my candidacy for the post of president of the Russian federation," he said.

Putin has been in power since 2000, either as president or prime minister. If he wins the March election he will be eligible to serve until 2024.

Russian TV journalist Ksenia Sobchak has already said she will stand in the election but opinion polls suggest Putin will win easily.

Russia's main opposition leader, Alexei Navalny, has been formally barred from standing because he was found guilty of embezzlement - a charge he claims was politically motivated.

Putin is popular with many Russians, who see him as a strong leader who has restored Russia's global standing with a decisive military intervention in the Syrian civil war and Russia's annexation of Crimea from Ukraine.

But his critics accuse him of facilitating corruption and illegally annexing Crimea, which has led to international condemnation.