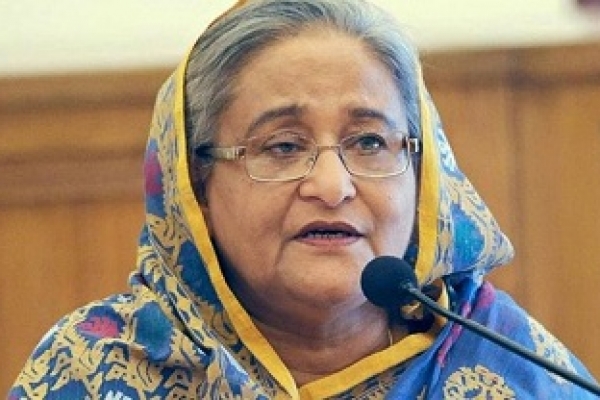 Mohiuddin Chowdhury, an organiser of the War of Liberation, president of Awami League, Chittagong city chapter, and former mayor of Chittagong City Corporation breathed his last in a Chittagong hospital last night.

"Mohiuddin Chowdhury, who cherished affection and love of Father of the Nation Bangabandhu Sheikh Mujibur Rahman, made himself a real political leader grown from his own soil," the prime minister said in the message of her condolence.

Sheikh Hasina recalled the role of Mohiuddin Chowdhury in mobilizing the War of Liberation and in every democratic movement saying he was in the fore in all movements during his time."

Mohiuddin Chowdhury embraced imprisonment time and again and suffered repression, but never compromised with any quarter on his political ideology, Sheikh Hasina said adding that his work for development and welfare of the people would be remembered forever.

Mohiuddin Chowdhury will always remain alive in the heart of mass people, she added.

Sheikh Hasina also prayed for eternal peace of the departed soul and conveyed her sincere sympathy to the bereaved family members.