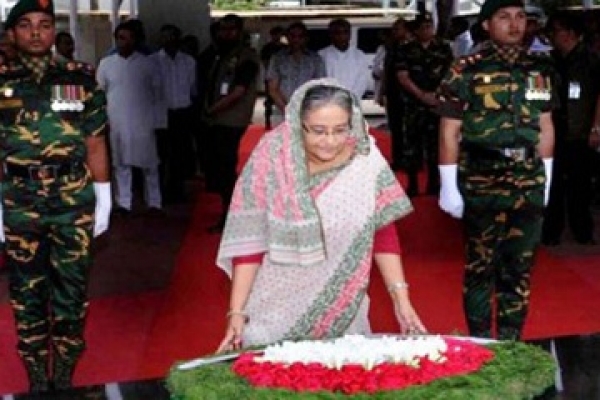 Prime Minister Sheikh Hasina on Saturday paid tributes to the Father of the Nation Bangabandhu Sheikh Mujibur Rahman on the occasion of the 47th Victory Day, after placing wreaths at Savar this morning.

Flanked by senior Awami League leaders, she has paid rich tributes by placing wreaths at the portrait of the Father of the Nation at Dhanmondi in the capital.

Earlier President Abdul Hamid and Prime Minister Sheikh Hasina on Saturday paid tributes to the martyrs of the Liberation War of Bangladesh placing wreaths at the National Monument at Savar.