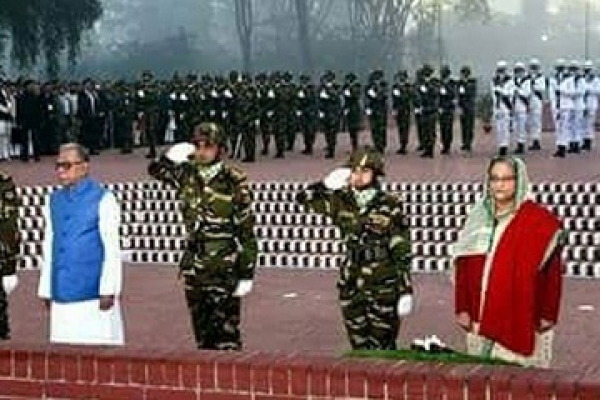 President Abdul Hamid and Prime Minister Sheikh Hasina on Saturday paid tributes to the martyrs of the Liberation War of Bangladesh placing wreaths at the National Monument at Savar on the occasion of the 47th Victory Day.