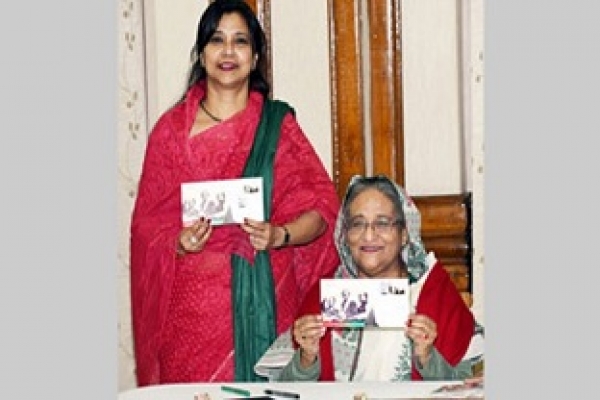 The Prime Minister also released data card of Taka 5 and a souvenir issued by the postal department on the occasion held at her official residence Ganobhaban in the morning on Saturday.