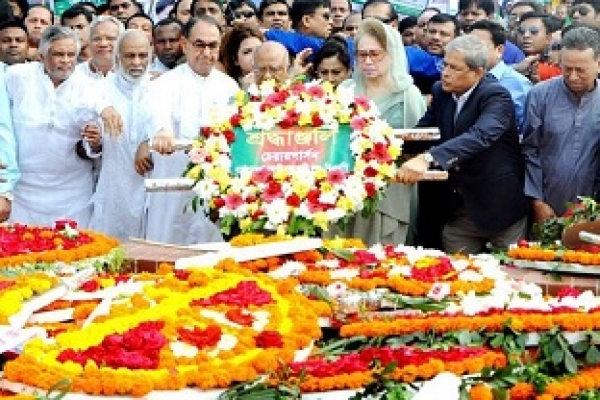 BNP Chairperson Khaleda Zia on Saturday paid homage to the martyred freedom fighters who made the supreme sacrifice for the country during the Liberation War in 1971 by placing wreaths at the National Mausoleum in Savar, marking the 47th Victory Day.

Former Prime Minister Khaleda along with party senior leaders placed wreaths at the memorial around 11am.

Later, the BNP chief drove straight to the majar (grave) of BNP founder Ziaur Rahman at Sher-e-Banglanagar in the capital where she along with her party leaders and activists placed wreaths.