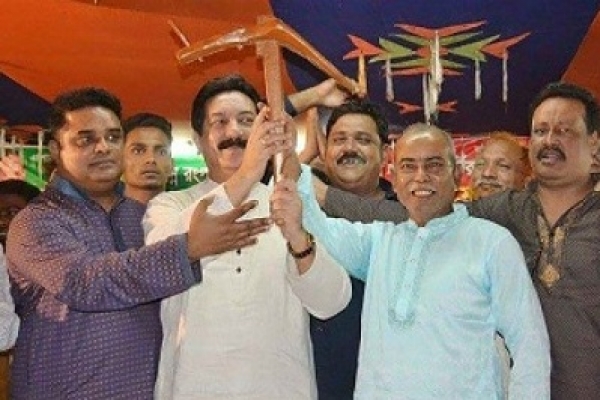 Returning Officer Subhash Chandra Sarkar formally announced the unofficial results around 12:20 am after completion of vote counting of all the 193 polling centres at police control room in the city.

Talking to reporters after announcement of results, Mostafa expressed his instant reaction saying the polls were held in a peaceful and impartial manner amid huge festivity reflecting the choice of the people of Rangpur city.

"My victory is the victory of the people of Rangpur city---- I will engage my fullest efforts in turning RpCC into a modernised and beautiful city in a planned manner ensuring all required civic amenities," Mostafa added.

A total of 283 candidates including seven for the posts of mayor, 211 for 33 the general councilor and 65 for the 11 reserved councilors contested in the RpCC polls.

The returning officer congratulated all participating candidates and winners and thanked the people of Rangpur, election officials, members of law enforcement agencies and journalists for all-out cooperation in holding the RpCC polls peacefully in a festive atmosphere.