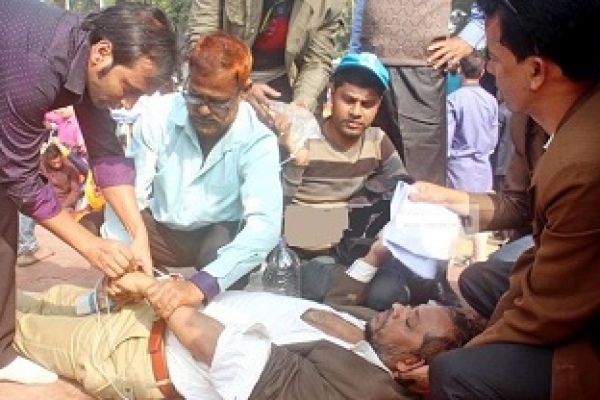 Six primary school teachers, who went on hunger strike unto death on Saturday, were admitted to the Dhaka Medical College Hospital (DMCH) when their condition deteriorated on Sunday.

Assistant teachers of the government primary schools have been continuing their hunger strike until death for the second consecutive day demanding 11th grade.

Hundreds of teachers from all over the country took part in the programme starting from 10am on Saturday with Pledge to continue their movement until it is realized.

Many of them were seen clad in thin shawls in a bid to keep themselves warm. There were some others who did not even have warm clothes and merely wrapped themselves with the protest banners to protect themselves from the cold.