Child among 3 killed in Rangunia landslide

Child among 3 killed in Rangunia landslide 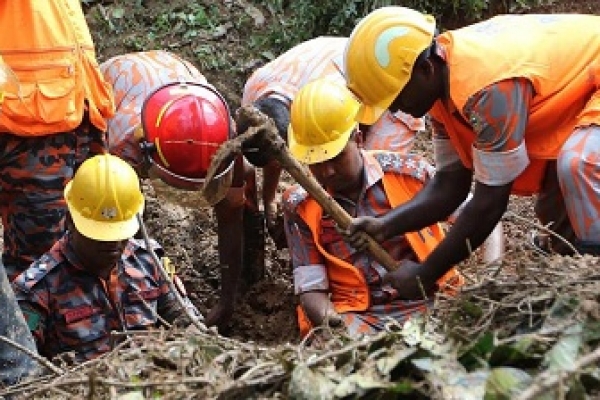 Three people including a child were killed in a landslide during hill cutting at Rangunia upazila in Chittagong.

The accident took place at Mohammadpur ward no 4 of Dakkhin Rajanagar union of the upazila at 2:30pm, Saturday.

He said a portion of hill collapsed when Amir Ali and Didar were digging there at noon. Amir, Didar and Sakib were buried under the soil and died.