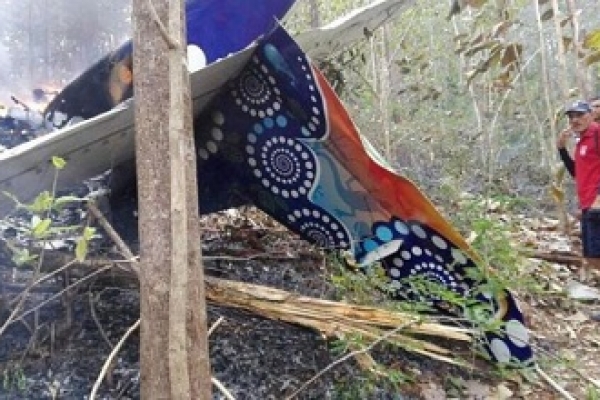 Twelve people have been killed in a plane crash in western Costa Rica, officials say.

Ten of the victims were US citizens, along with the Costa Rican pilot and co-pilot. Local media said five victims came from a single family.

The Nature Air single-propeller Cessna 208 Caravan was travelling from the capital San José to the resort of Punta Islita, the CRhoy website reported.

There were no survivors. It was unclear what caused the crash.

The incident happened in a mountainous area near Bejuco in Guanacaste province.

His predecessor, former President Laura Chinchilla, tweeted that one of the crew members, Juan Manuel Retana, was her cousin.

"A death has interrupted our family celebration. Our beloved cousin died as part of the crew of the plane that crashed in Guanacaste. Courage to his children and siblings and may he rest in peace. You will stay in our hearts dear #Juanmanuel Retana" she wrote.