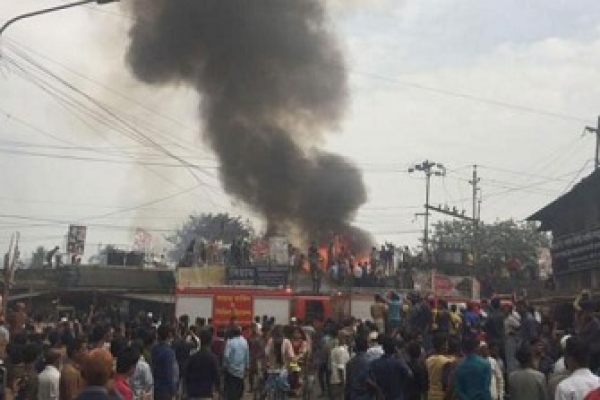 Fire fighters have brought the fire under control after it broke out in a slum near the railway track of the capital’s Karwan Bazar area on Monday noon.

A team of fire fighters rushed to the spot to douse the flames.

The reason behind the fire could not be known immediately.