4 dead in fire at a building in Mumbai

4 dead in fire at a building in Mumbai 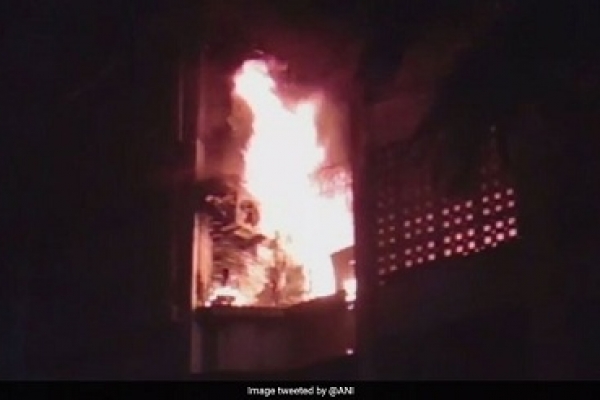 At least four people have died in a fire that broke out late last night at a building in Mumbai's Marol.

The fire broke out on the third floor of Maimoon building in Marol area at around 1.30 am. At least 11 people were rescued by the firefighters, a report said.

The injured were rushed to a nearby hospital and their condition is reported to be stable. The fire was brought under control by 5am, reports NDTV.

The incident comes barely a week after 14 people were killed in the fire at a trendy rooftop pub in Mumbai's Kamala Mills complex in Lower Parel.

11 of the dead were women, mostly in their twenties and early thirties. Most of the bodies were reportedly found piled up near a women's washroom.

The police said the deaths were because of suffocation. Many could not find emergency exits. Firemen found that there were no extinguishers and there were illegal structures that exacerbated the fire.

Police investigating the Kamala Mills fire said, the pubs in the complex didn't follow safety regulations making it impossible for people to make a safe exit.

Five people, including staff of pubs in the complex have been arrested in connection with the fire tragedy.