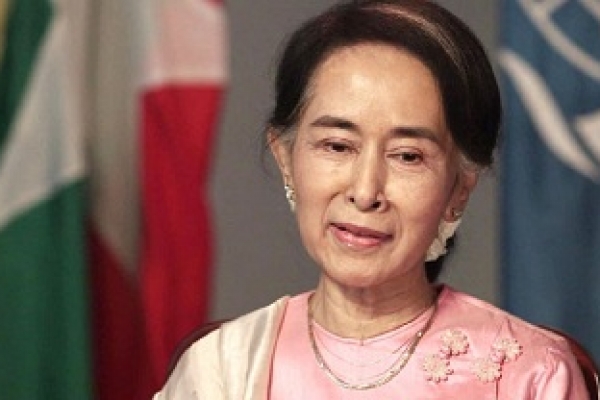 The President’s Office of Myanmar on Tuesday denied rumors that State Counselor Daw Aung San Suu Kyi had been paralyzed and said it was investigating the source of the claims.

“She is not paralyzed. She is performing her duties healthily. She has recently undergone a medical checkup,” said U Zaw Htay, spokesman for the President’s Office.

“Except for her eye operation [in April], everything is good. And she is always careful with her lifestyle to keep healthy,” he added.

Daw Aung San Suu Kyi hosted a public peace talk, the fifth of its kind, in Karenni State on Friday and returned to Naypyitaw the same day. She has not been seen in public since.

The Myanmar Herald reported that rumors that the state counselor had been paralyzed started to spread among astrologers and some politicians on Sunday evening.

U Zaw Htay said she was back at her office on Tuesday, after the New Year’s holiday.

By Wednesday morning, the State Counselor’s Office posted photos of Daw Aung San Suu Kyi arriving at the president’s residence for a regular meeting, a move apparently intended to counter the rumors about her health.

Dr. Tin Myo Win, who has served as Daw Aung San Suu Kyi’s family doctor for years, told The Irrawaddy that she was in fair health and that a press release would be issued if she fell ill.

Political analyst Yan Myo Thein said that rumors were not unusual in Myanmar’s political history. But because Daw Aung San Suu Kyi was critically important to Myanmar’s democratization process, he added, rumors about her had to be handled with great care.

“If the government informs the public about the health of leaders in real time, it will help control rumors and fake news to a certain extent,” he said.

U Zaw Htay said he believed that some people were spreading rumors about the health of government leaders with bad intentions and that the President’s Office had launched an investigation.

In early December, rumors circulated that President U Htin Kyaw’s health had deteriorated and that he would soon resign. Daw Aung San Suu Kyi soon quashed the speculation.

“I have a suspicion that certain people are spreading rumors about the health conditions of important leaders to create political instability. If we knew who was spreading such rumors, we would know their intentions. But we have yet to find out who they are,” the spokesman said.-The Irrawaddy