‘Trump doesn’t have a nuclear button’

‘Trump doesn’t have a nuclear button’ 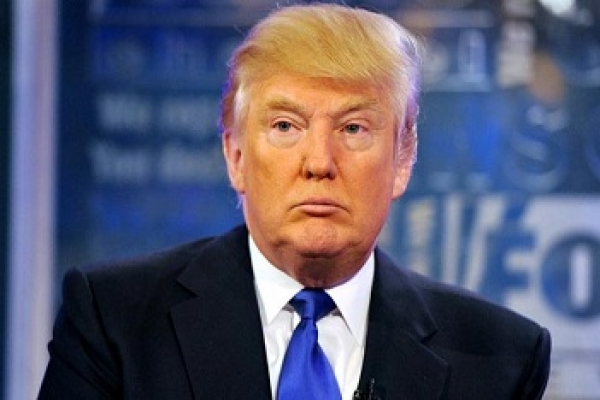 President Donald Trump’s tweet Tuesday night that bragged about the size and capabilities of his nuclear button—it’s bigger and more powerful than North Korea’s—included one error. The president doesn’t have a physical button that he can use to deploy nuclear bombs in seconds.

So those worried can strike images of a big red button sitting within reach of the president from their minds.

Trump’s tweet came in response to North Korean leader Kim Jong Un’s New Year’s address, in which he repeated threats against the U.S. During the speech, Kim claimed he has a nuclear button on his office desk.

Trump doesn’t have a nuclear button. He has a nuclear football, a black book, and a biscuit. And the process is far more complex than a simple push of a button, or command.
Here’s how launching a nuclear strike in the U.S. works:

1.    A military officer (a position that is top secret and on a rotation) carries a nuclear “football,” which is really a briefcase, everywhere the president goes. This briefcase is essentially a roving command center or mobile hub and is used by the president to authorize a nuclear strike when away from the White House Situation Room. It also goes by other names, including the atomic football.

2.    Inside the football is a book with prepared war plans and procedures as well as lists of classified site locations, options for retaliation, and targets such as military and other strategic locations.

3.    If the president wanted to order a strike, he would approach the military aide, open the briefcase, and review the plans. A command signal would be sent to the Joint Chiefs of Staff.

4.    For the strike to be processed by the military, however, he would need to use his “biscuit,” a plastic card that contains a code unique to him. The president keeps the biscuit on him at all times. The president would communicate the code to military officials at the Pentagon and National Strategic Command.