'Jan 5 election was not voter-less'

'Jan 5 election was not voter-less' 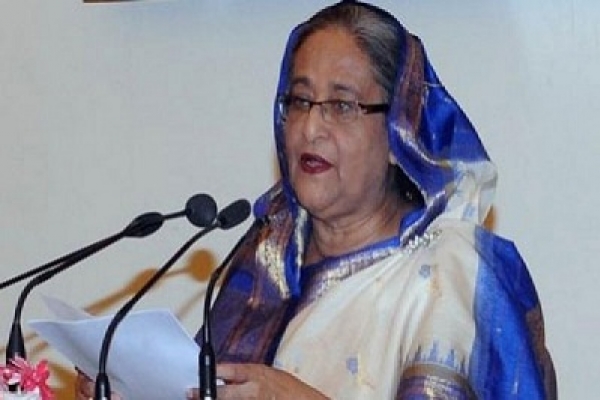 Prime Minister Sheikh Hasina today said the January 5, 2014 general election was not a voter-less one unlike to those were held during BNP and Ershad regimes.

"Many quarters claimed that the January 5, 2014 election was a voter-less poll. But, in fact, by no means it was a voter-less one as 40 percent voters exercised their franchise in that election amidst orchestrated violence of BNP," she said.

"Our present government remains in power for the last four years as people voted it to power, which Ershad and BNP could not do in 1990 and 1996," she said.

The prime minister said this in her introductory speech in the Awami League Central Working Committee (ALCWC) meeting at Ganabhaban here this evening.

Sheikh Hasina said Khaleda Zia was compelled to resign within one and a half months as they rigged votes of the people on February 15, 1996.

Blaming BNP for destroying democratic rights of the people, the prime minister said Ziaur Rahman grabbed the power at gunpoint from Justice Sayem what General Ayub Khan did. Justice Sayem mentioned this in his book titled "Last Phase at Bangabhaban".

"BNP now claims itself as a democratic party, but in which democratic process it was born and came to power?" she questioned.