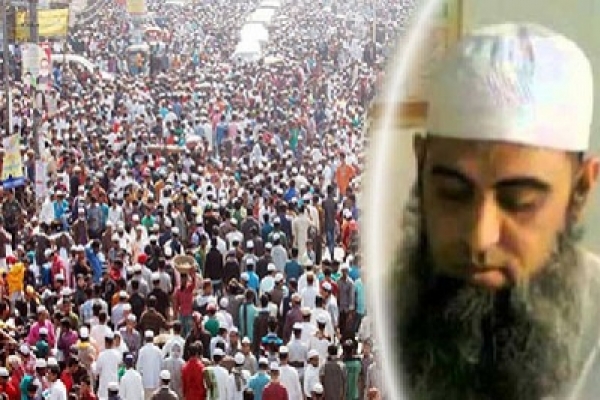 Indian Islamic scholar Maulana Muhammad Saad arrived in Dhaka to take part in Biswa Ijtema amid protests at different parts of the capital.

He arrived at Shahjalal International Airport in the capital on Wednesday noon.

Protesting his arrival, a group of Islamist people gathered near airport areas and chanting slogans against him for his controversial remarks in different times.

Maulana Saad is the grandson of Mawlana elias (R) who was the founder of Tablighi Jamaat.

At present he serves as ‘Murabbi’ of Biswa Markaj of Nizamuddin in Delhi.

He led the final Munajat of Biswa Ijtema last year.

The 53rd Biswa Ijtema, the second largest congregation of the Muslim community after the holy hajj, will be held in two phases from January 12-14 and January 19-21 on bank of the river Turag amid tight security.