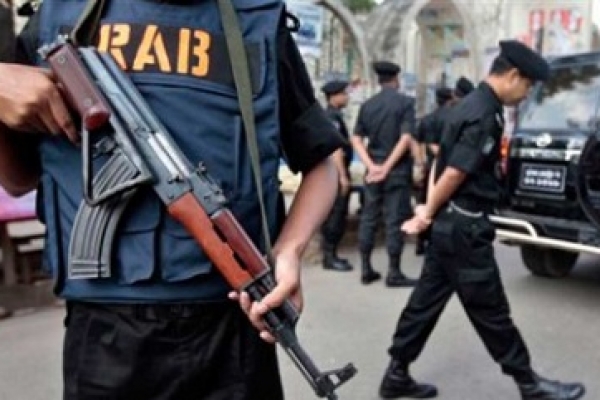 At least three suspected militants were killed and two members of Rapid Action Battalion (Rab) were injured after the law enforcers carried out a drive at a militant hideout at West Nakhalpara.

Of the deceased, two have been identified as Zahid and Sajib as the Rab members found two national identity cards in their possession.

Director General Benazir Ahmed said: "We got two NIDs from the spot. As both the cards contain the same photograph, it is being estimated that Zahid and Sajib are the names of a person."

Acting on a tip-off, the Rab members cordoned off the fourth floor of a six-storied building around 2am.

The Rab team entered the “hideout” after breaking open its doors while the other residents of the building were rescued from it and were shifted to a safer place, said the Rab officials.

Bomb disposal units were sent to the spot in the morning. Further details are still awaited.