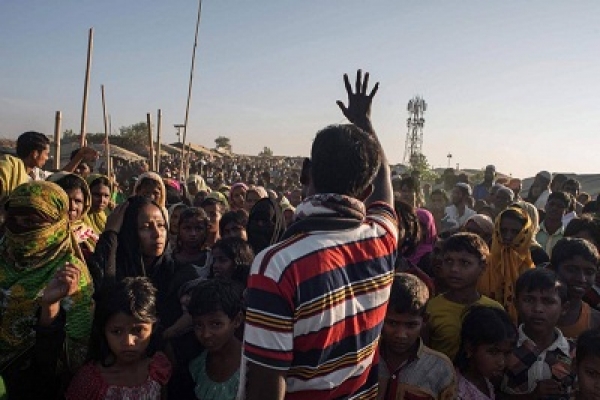 Police and a Red Crescent official said a candle sparked the fire late Thursday at a UN-run transit camp for refugees in Ghumdum border village.

The victims had only arrived from Myanmar in the past week and were waiting at the transit centre to be shifted to a refugee camp in Cox's Bazar district.

Joseph Tripura, a spokesman for the UN refugee agency UNHCR, said an investigation had been started.

"We are working closely with the Bangladeshi authorities to ascertain how the fire started and how tragedies like this can be prevented in the future,” he said in a statement.

More than 650,000 Rohingya have arrived in Bangladesh since August 25 after Myanmar's security forces launched what the UN and US officials have called ethnic cleansing in the country's Rakhine state.

Many refugees start at transit centres set up along the Bangladesh-Myanmar border before they are brought to the main refugee camps in Cox's Bazar.

Aid workers have warned that flimsy tents and bamboo and tarpaulin shelters set up to house the refugees are potential fire traps.