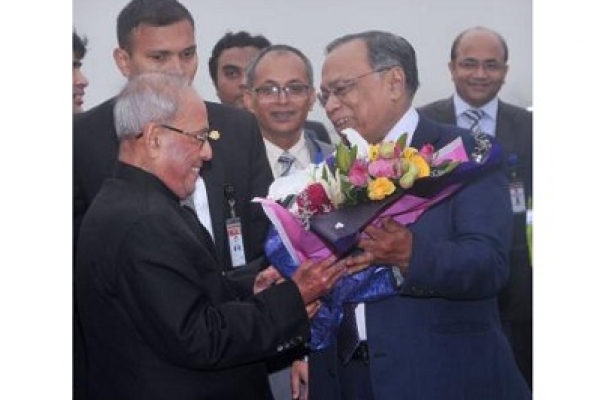 Former president of India Pranab Mukherjee arrived here in the afternoon on a four-day private visit.

Apart from holding meetings with President Md Abdul Hamid and Prime Minister Sheikh Hasina, Pranab will join a literary conference during the visit.

The former Indian president will also attend a special convocation of Chittagong University on Tuesday where he will be conferred honorary D. Lit degree. He will visit Bangabandhu Memorial Museum at Dhanmondi-32 in the city to pay homage to Father of the Nation Bangabandhu Sheikh Mujibur Rahman.

He is expected to visit the ancestral home of Martyr Surya Sen located at Noapara village under Raozan upazila, Chittagong. He will join a dinner to be hosted by Finance Minister AMA Muhith during his stay in Dhaka. Pranab will leave Dhaka for Delhi on January 18.

Pranab Mukherjee, who served as the 13th President of India, went on retirement in July last year.