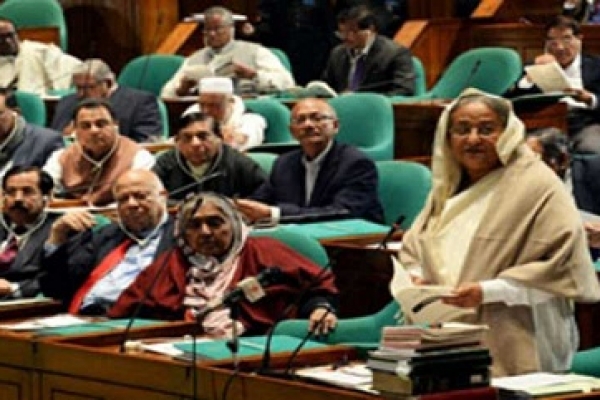 "The capacity of the transmission and distribution line for electricity would be improved to 21,000 circuit kilometer and 4.70 lakh kilometer respectively by 2021," she told the House, while replying to a starred question from opposition bench member Fakhrul Imam of Mymensingh- 8 in the Jatiya Sangsad.

Sheikh Hasina said that the government has a plan to generate 10 percent electricity from renewable energy source and set up 2.02 crore prepaid meter by 2021, reports BSS.

"We would also bring down the system loss of the electricity to a single digit and implement ICT based service to ensure customer service by 2021," she told the House.

She said the government has been working to ensure uninterrupted power supply by setting up smart grid and underground distribution network, adding, "Process underway for constructing LNG terminal, coal terminal along with Floating Storage and Regasification Unit (FSRU) to ensure energy for power generation."

"Implementation work for importing 2,336 MW electricity from India's three places would begin from 2018 to 2022," the Prime Minister said.