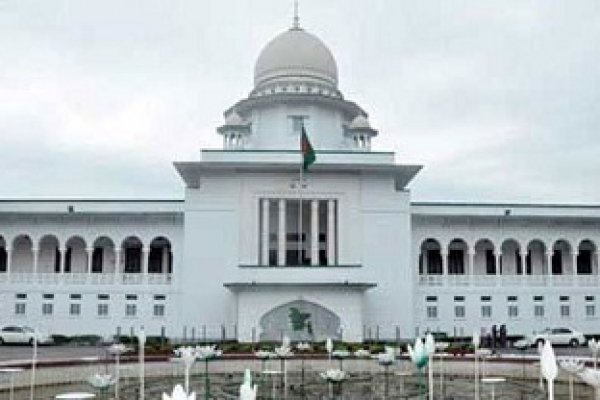 The Appellate Division of the Supreme Court (SC) today ordered the Freedom Fighters' Welfare Trust to give Taka 99 crore to the owner of Moon Cinema Hall by July 30.

The fifth amendment to the constitution was cancelled in the case filed over ownership of the Moon Cinema Hall.

Attorney General Mahbubey Alam stood for the state in the case while Barrister Toufique Nawaz moved for the petitioner.

The court ordered the Freedom Fighters' Welfare Trust to give Taka 99 crore to the cinema hall owner in three installments.

The money was fixed following a report submitted by Professor Jamilur Reza Choudhury as the court earlier on January 15 in 2017 ordered to fix the price of the land and establishments built on it.

The Moon Cinema Hall located at Waize Ghat Road area of old Dhaka was declared abandoned during the War of Liberation and eventually the Industries Ministry handed over the land to Freedom Fighters' Welfare Trust. The cinema hall owner Maksudul Alam later claimed its ownership. But Ziaur Rahman issued a military order in 1977 stopping the right to challenge in courts the declaration of any land as abandoned.

Maksudul Alam filed a writ petition with the High Court in 2000 challenging the fifth amendment to the constitution.

Earlier on August 29 in 2005, the High Court gave a historic verdict declaring illegal and anti-constitution the takeover of state power by Khandoker Mostaq, Justice Abu Sadat Mohammad Sayem and Major General Ziaur Rahman after the assassination of Father of the Nation Bangabandhu Sheikh Mujibur Rahman on August 15, in 1975.

The SC on February 2 in 2010 ordered the Freedom Fighters' Welfare Trust to hand over the Moon Cinema Hall to its owner within 90 days.

After failing to get ownership of the Moon Cinema Hall in line with the order, Maksudul Alam on January 10 in 2012 filed a contempt of court petition with the Supreme Court.

Secretary of Liberation War Affairs Ministry, managing director of Freedom Fighters' Welfare Trust and four others were made respondents to the petition.