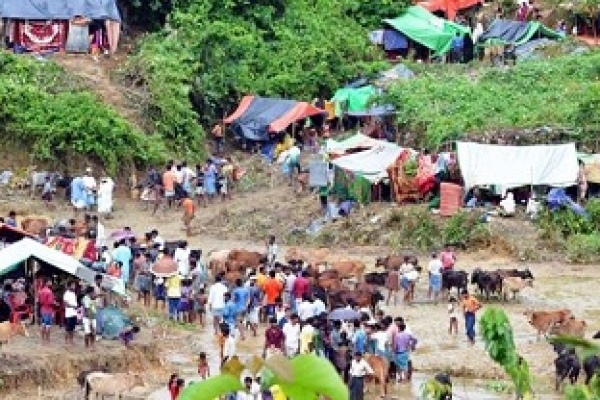 A Rohingya man was shot to death by some unidentified miscreants at a Rohingya camp in Thaingkhali area under Ukhia upazila of Cox’s Bazar on Friday night.

The deceased is Md Yousuf, 38, leader (majhi) of no 2 block of Tanjimar Khola Rohingya camp.

A gang of miscreants numbering 10 to 12 opened fire on Yousuf, leaving him critically injured at 10am. Later Yousuf was admitted to the MSF clinic at the camp and died at 12.30am on Saturday, Chai Law Marma, Additional Superintendent of Police (Ukhia circle).