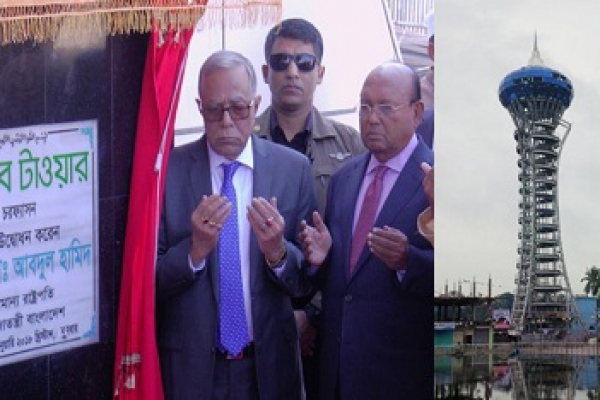 The President is now in Bhola on a two-day visit to inaugurate some development projects at Bhola Sadar and Charfession upazilas.

The government sanctioned about Tk 10 crore for construction of the 225 feet high tower for attracting both local and foreign tourists.

It was constructed in the middle of Charfassion headquarters. After the construction of this tower the tourists will be able to see and enjoy the natural beauty of 20 kilometres of surrounding area, including the scenic coastal areas of the Bay of Bengla.

According to sources, there is a long beach in Char Kukrimukri and Dhal Char and a forest where different animal spices like deer, snakes and monkeys were released a decade  ago.