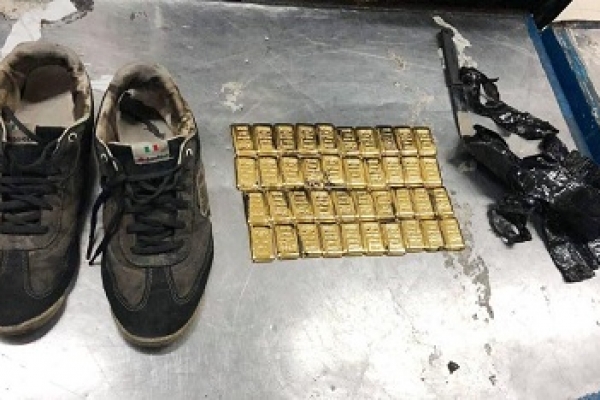 A preventive team of Dhaka Customs seized 4.64 kilogrammes of gold from shoes of a cleaner of Bangladesh Biman Airlines at Hazrat Shahjalal International Airport in Dhaka.

Sources said that acting on a tip-off, a team of Dhaka Customs searched the body of Biman cleaner Mostafa Kamal on Thursday midnight. Meanwhile, law enforcers recovered 40 gold bars hidden inside his shoes.

Later, he was handed over to the Airport Police Station after filing a case against him