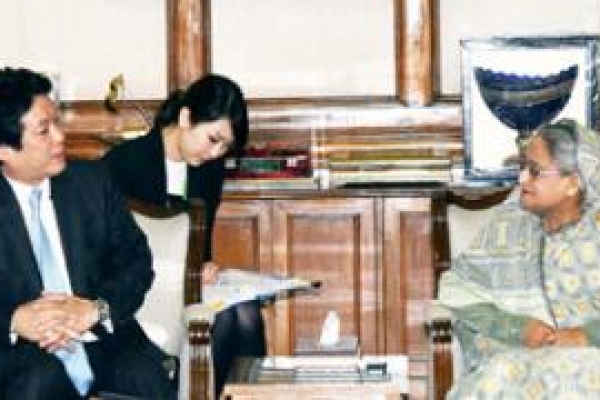 "We value comprehensive partnership with Bangladesh," PMO spokesman Ihsanul Karim quoted Sonoura as saying during the call on at the premier's official Ganobhaban here.

He also referred to the strategic location of Matarbari and adjoining Sonadia as a suitable place for deep sea port but stressed the need preservation of Sonadia for ecological balance of the area.

Sonoura thanked the prime minister for the security measures taken by the government for protection of the Japanese and other foreign nationals working in various development projects in Bangladesh.

She thanked Japan for giving support to implement the coal fired power project in Matarbari.

She said the government has taken all measure to give security to all foreign nationals including Japanese working in Bangladesh.