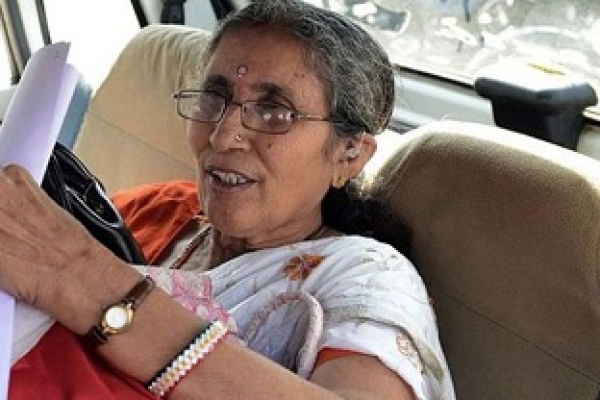 One of her relatives died when their vehicle collided with a truck in the western state of Rajasthan.

Ms Jashodaben, her bodyguard and the driver suffered minor injuries. Seven people were travelling in the SUV.

Police told the BBC that they have launched an inquiry to find out what caused the accident.

Ms Jashodaben, who does not live with Mr Modi, married him in 1967 when he was 17 years old.

She has said in interviews that he had left her after three years, during which they spent some three months together and that they had parted amicably.

Mr Modi publicly admitted his marriage for the first time in 2014 when he filed his nomination papers as the prime ministerial candidate of the Bharatiya Janata Party which went on to win the election.

Critics have accused him of deserting his wife after he joined the Hindu nationalist organisation, the Rashtriya Swayamsevak Sangh, which prizes celibacy.

They say the fact that he refused to acknowledge her for so long is a telltale sign of his attitude towards women.