No justice in the country, claims Khaleda Zia

No justice in the country, claims Khaleda Zia 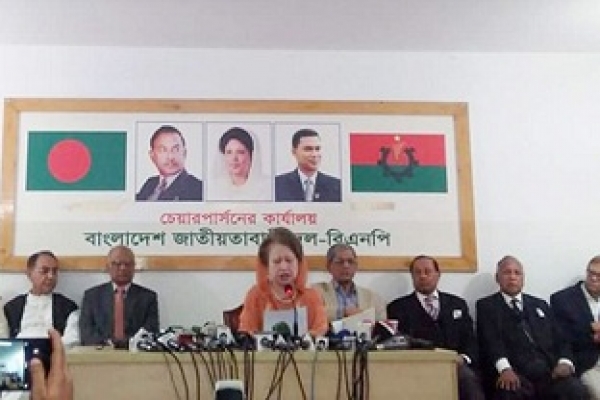 She came up with the allegation while addressing a press conference on Wednesday at her Gulshan office ahead of the verdict in Zia Orphanage Trust case.

Blaming the government, Khaleda said, “It’s a false case and a tool to harass me and my family.”

“I believe the court will acquit me of all charges,” she hoped.

Judge Dr. Akhtaruzzaman of the Special Court-5 in Dhaka fixed February 8 for delivering its verdict in the case after concluding the defense arguments and rebuttal at the court at Alia Madrasa premises in Bakshibazar.

A total of six people including BNP chairperson Khaleda Zia and her son Tarique Rahman are accused of embezzling Tk 21 million in foreign donation meant for the Trust.