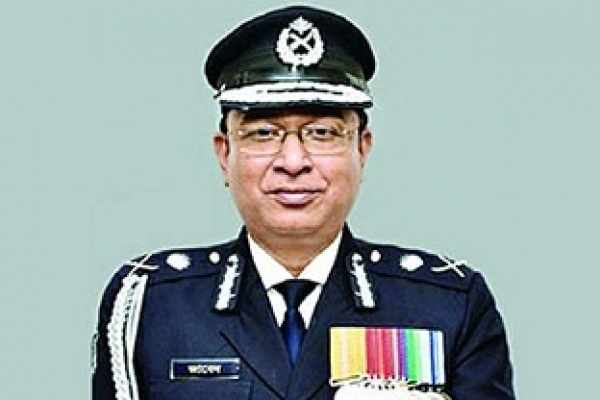 Newly-appointed Inspector General of Police (IGP) Dr Mohammad Javed Patwary today requested all to perform their daily activities as usual without getting panicked by any rumour as the police force is committed to and capable enough of maintaining normalcy as regards law and order and public security, BSS reported.

Meanwhile, 20 platoons of Border Guard Bangladesh (BGB) have been deployed in Dhaka and 23 others outside Dhaka to help police maintain law and order and ensure public security.

"The law and order situation will remain normal tomorrow as police have taken the best possible measures with a view to protecting public security," he said in a press conference at Police Headquarters this afternoon.

He also said, "Security measures have been beefed up at all the divisions including Dhaka Metropolitan City, districts and upazilas to this end. The police will take legal action if any people or group will try to disrupt law and order and public security."

It has been learnt from intelligence information and sources of print, electronic and social media that some people or groups may try to disrupt the public security and order by creating anarchy centering a verdict in an under-trial case on February 8, he also said.

"Police will not tolerate any attempt to create anarchy as police will deal the situation sternly and with professionalism," he added.

The police chief requested all to make phone calls to nearby police stations or to emergency national service 999 in case of seeing any attempt to disrupt the law and order.

He also requested the guardians of the SSC examinees not to be worried as enough measures have been taken to hold the exams in a peaceful manner.

Replying to a query about arrests in the wake of the police van vandalism, he said, "Arresting the accused and criminals is a routine work of police. Police arrested 59 people more daily on an average in the last seven days compared to previous weeks."

Earlier on Tuesday, Dhaka Metropolitan Police (DMP) has banned processions and carrying sticks, sharp weapons, explosives and flammable materials in Dhaka to avoid any untoward incidents ahead of the verdict in the Zia Orphanage Trust Corruption case on February 8.

The ban will be effective from 4am on February 8 until further notice, according to a statement of DMP Commissioner Asaduzzaman Miah here today.

He sought cooperation from all to maintain peace and order and public security in Dhaka metropolitan area.