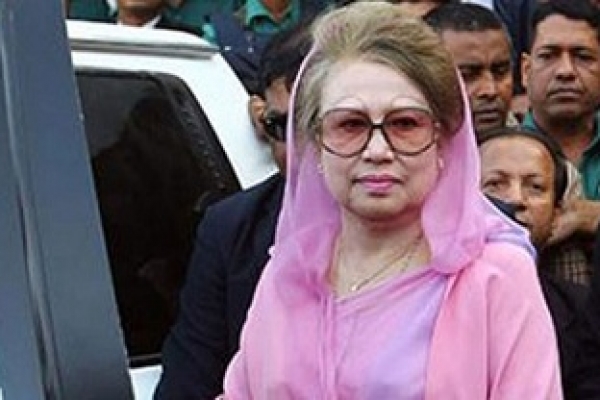 Judge Md Akhtaruzzaman of the Special Court-5 passed the order in presence of Khaleda Zia on Thursday.

Her son and BNP’s Vice-Chairman Tarique Rahman and four others have also been given 10 years imprisonment in the case and a fine of Tk 2.10 crore each.

Kamal Uddin Siddique and Mominur Rahman have been absconding.

The prosecution on December 19 concluded argument in the case and sought the highest punishment for Khaleda and other accused.

On January 16, Khaleda’s defence arguments ended with the defence lawyers praying to the court for her acquittal.

Anti-Corruption Commission (ACC) filed the Zia Orphanage Trust graft case on July 3, 2008 with Ramna Police Station accusing Khaleda, her eldest son Tarique, who is now living in the UK after securing bail, and four others for misappropriating over 21 million that came as grants from a foreign bank for orphans.