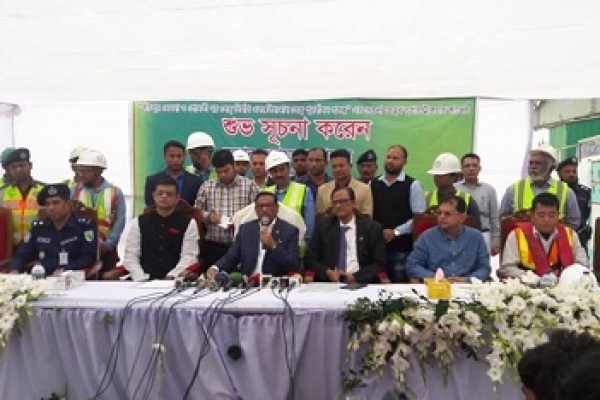 Narayanganj: Awami League General Secretary and Road Transport and Bridges Minister Obaidul Quader has said that verdict against Khaleda Zia for corruption is a clear warning for corrupt politicians.

Obaidul Quader made the opinion while inaugurating the super structure task of Meghna Bridge at Meghna Ghat in Narayanganj on Saturday.

He said, "Removing section 7 from BNP's constitution, they proved that are self-declared corrupt one."

"We are now working for development. We also had to serve jail. I had spent four years jail."