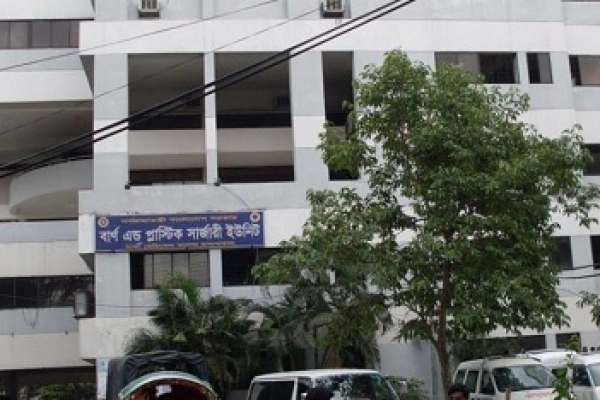 At least six students suffered burn injuries as a transformer exploded at a madrasa in capital's Bangshal on Saturday morning.