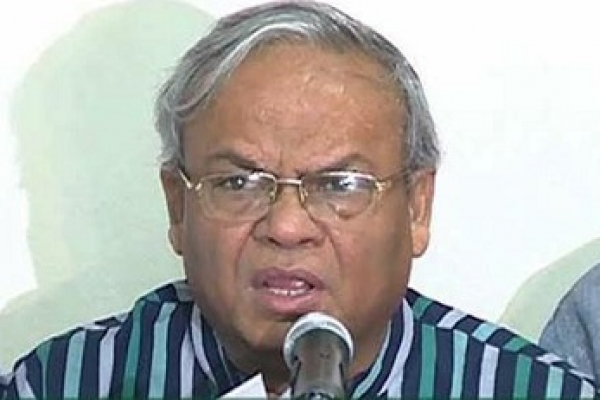 The BNP has announced a three-day nationwide programmme, demanding the unconditional release of party chief Khaleda Zia, who was sentenced to five years in jail in a graft case.

As per the programme schedule, the party will stage a human chain demonstration on Monday, sit-in programme on Tuesday and hunger strike on Thursday from 9am to 5pm across the country.

BNP Senior Joint Secretary General Rizvi Ahmed made the announcement at a press conference at the party's Nayapaltan central office on Saturday afternoon.

He said: "We also demand immediate withdrawal of all false and politically motivated cases against Khaleda Zia and other leaders, and activists."

Khaleda Zia was sent to jail on February 8 after she was handed down a five-year imprisonment in Zia Orphanage Trust graft case.

BNP staged countrywide demonstration programme on Friday and protest programme on Saturday, protesting the conviction of the party chief and other senior leaders.