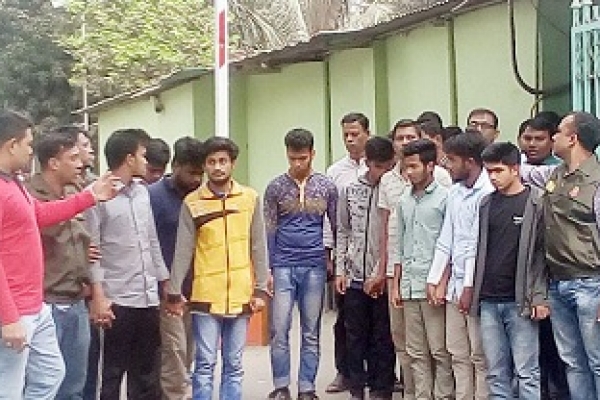 At least 29 people including examinees and guardians have been arrested in separate drives in Dhaka, Mymensingh and Naogaon on Saturday and Sunday as the law enforcers have continued the dragnet against the gangs of SSC question paper leakage.

The arrestees confessed their link to question paper leakage using different social networking sites and OTT apps such as facebook, messenger, and WhatsApp during preliminary interrogation.

In a press conference, joint commissioner of Dhaka Metropolitan Police (DMP) Md Abdul Baten said, “We have arrested 14 persons including three brothers from different parts of the capital city on charges of leaking SSC question papers and recovered one laptop, 23 smart phones and Taka 2 lakh cash from their possessions on Saturday.”

He also said, “It is hardly possible for the examinees to get benefit from the question paper leakage as the real question papers are leaked just 30 to 40 minutes before the examination, from the exam centres.”

The question papers have been leaked from the examination centers using mobile phones taking snapshots, he added.

They were arrested as the leaked question paper of mathematics was found on their mobile phones, he said, adding that three separate cases were lodged with Kotwali Model Police Station to this end.

During the drives conducted at different parts of Naogaon, the NSI personnel arrested seven persons including two teachers early Sunday.

Separate cases were lodged to this end.