Khaleda Zia given division in jail on court’s order

Khaleda Zia given division in jail on court’s order 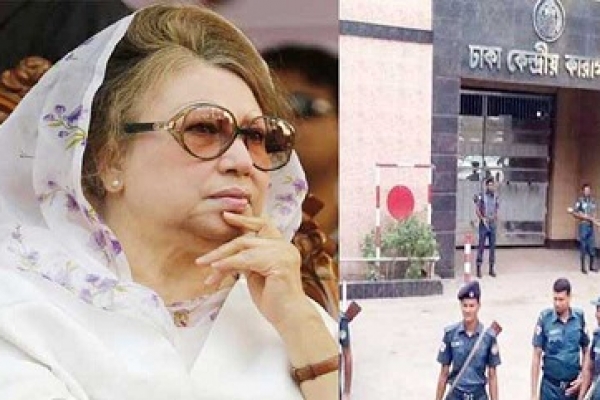 BNP Chairperson Begum Khaleda Zia has been given division facilities in jail on Sunday.

She has been given division facilities in jail in line with a court order that has directed the jail authorities to provide BNP Chairperson Khaleda Zia with the facilities of the first class division as per the jail code.

Judge Md Akhtaruzzaman of the Special Court-5 in Dhaka passed the order today after Khaleda’s lawyer Sanaullah Miah filed a plea seeking division for her in jail.

The petition has been filed a day after a panel of Khaleda's lawyers complained that she did not get any division in jail despite being the former prime minister of Bangladesh.

Khaleda Zia was sent to the old central jail on Nazimuddin Road in Dhaka, soon after she was sentenced to five years of imprisonment in a graft case.

Judge Md Akhtaruzzaman of the Special Court-5 in Dhaka delivered the verdict on February 8.

Khaleda’s son Tarique Rahman and four others have also been sentenced to 10 years in jail in the same case.