Khaleda to be shown arrested in 3 sabotage cases

Khaleda to be shown arrested in 3 sabotage cases 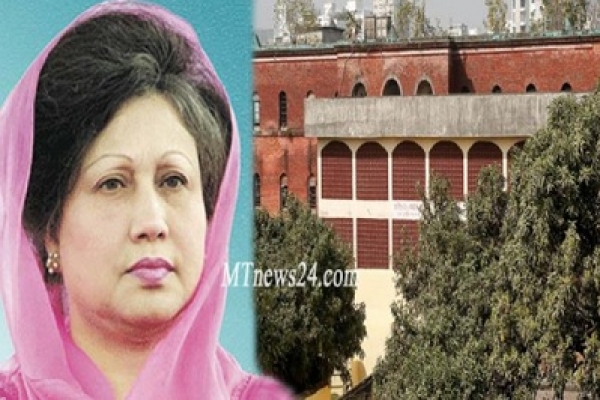 BNP chairperson Khaleda Zia, who is in central old jail in Zia orphanage trust graft case, will be shown arrested in three sabotage cases in Comilla.

The arrest orders have been sent to Dhaka Metropolitan Police (DMP), said the investigation officer of the cases Inspector of Comilla Detective Branch of Police Firoz Ahmed.

In this connection Abu Bakar, officer-in-charge of Gulshan Police Station, said: “The arrest orders have yet to reach. Action will be taken after getting the orders.”

Eight people were killed and at least 20 others injured when miscreants hurled a petrol bomb at a bus at Chouddagram’s Jogmohanpur on February 3, 2015, during the BNP-led alliance’s nationwide anti-government movement.

Three cases - two under the Explosive Substances Act and another for murder - were filed against 56 people, including Khaleda, over the incident.