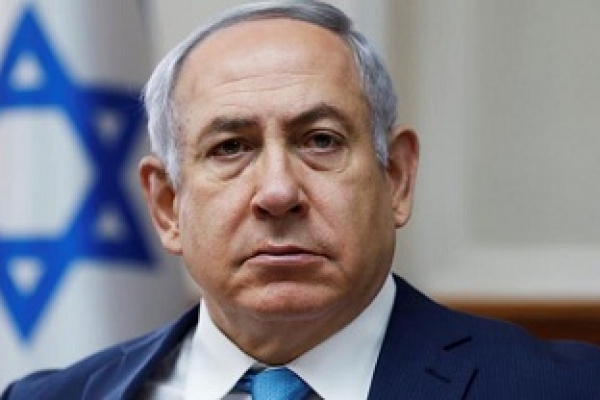 The recommendations on Tuesday will now go to the attorney general, who will decide whether to prosecute him or not.

Netanyahu appeared defiant in a live television address later on Tuesday, saying he intends to stay in power and that the police recommendations would "end with nothing".

"All I did was for the benefit of the state of Israel," Netanyahu said, as reported by The Jerusalem Post.

"This is what I did up until now and what I will continue to do."

Two cases
The prime minister has been investigated in relation to two corruption cases.

In the first investigation, known Case 1000, Netanyahu is suspected of accepting gifts from wealthy businessmen in exchange for political favours, Israeli media reported.

"There is sufficient evidence against the [prime minister] on suspicions for the offence of accepting bribes, fraud and breach of trust," Israeli police said in a statement.

The second investigation, Case 2000, involves allegations that Netanyahu tried to come to a deal for positive coverage in Israeli newspaper Yedioth Ahronoth, in exchange for weakening its rival, Israel Hayom.

Police said that probe also turned up "sufficient evidence" to charge Netanyahu with bribery, fraud and breach of trust.

Al Jazeera's Harry Fawcett, reporting from Jerusalem, said Netanyahu's response was in line with his position "throughout this case, still insisting that he is innocent, that nothing will come from this".

"It's now being passed over to the attorney general to decide whether to indict him or not," Fawcett reported.

Later on Tuesday, Ayman Odeh, head of the Joint List, a bloc of Palestinian political parties in the Israeli parliament, said that Netanyahu was "corrupt and dangerous".