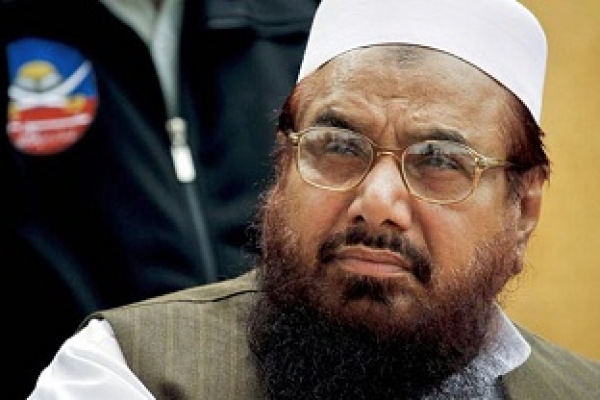 Pakistan has banned two charities linked to Hafiz Saeed, the alleged mastermind behind the 2008 Mumbai attacks that killed more than 160 people.

Saeed, founder of Lashkar-e-Taiba (LeT), has been designated a "terrorist" by the United Nations and had a $10m bounty placed on him by the US in 2012.

Rana Sanaullah, law minister for Punjab province, said on Wednesday that Pakistan's interior ministry had issued a notification against the Saeed-founded Jamaat-ud-Dawa (JuD) charity, as well as its associated organisation, the Falah-e-Insaniat Foundation (FIF).

"We've received the interior ministry directions, and according to that, Hafiz Saeed and his charities, like JuD and FIF, have been banned to operate in Pakistan," Sanaullah told Reuters news agency.

"As per the instructions, we have already started taking over all the facilities, offices, schools, dispensaries and seminaries which belong to the JuD and FIF."

Rawalpindi commissioner Nadeem Aslam told Reuters that officials had "taken over all the JuD and FIF assets" and that the "takeover was complete".

The move by Pakistani authorities came days before a key meeting by the Financial Action Task Force, a global money-laundering watchdog, that will consider a US-sponsored motion to place Pakistan on a list of countries failing to prevent "terrorism" financing, Reuters reported.

In 2002, Pakistan banned the LeT as a "terrorist" organisation, and, since 2008, authorities say they have been abiding by UN sanctions that subject JuD to an assets freeze, arms embargo and international travel ban.

Under house arrest since January 2017, Saeed was released in November after a court in Pakistan rejected a government application to extend his detention under anti-terrorism laws, saying there was no evidence to support the application.

He denies any involvement in the Mumbai attacks or connection to LeT, which has been blamed for a series of deadly attacks against Indian security forces and civilians, mostly in the disputed territory of Kashmir.

Saeed says he now heads JuD, which has been designated by the UN and US as a front for LeT.

In August, the LeT launched a political party, the Milli Muslim League (MML), and took part in a by-election in the eastern city of Lahore.

However, two months later, the Election Commission of Pakistan rejected its registration due to its links with JuD and FIF.-Al Jazeera News