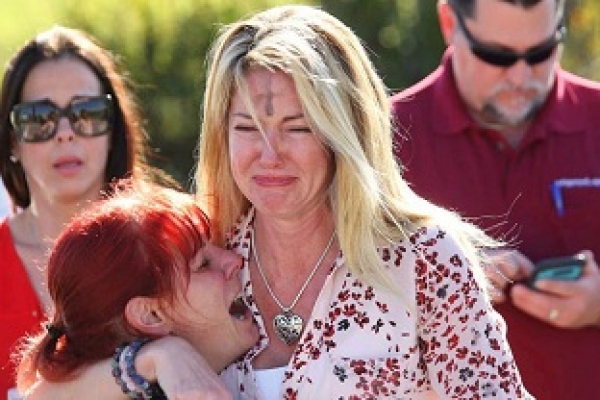 At least 17 people are killed after a 19-year-old man opened fire at a high school campus in Parkland, Florida, US police have said.

The suspect has been named as Nikolas Cruz, 19, and is a former student at the school who had been expelled.

As the attack unfolded students were forced to hide as police swooped in on the building.

It is one of the deadliest school shootings since 20 children were killed at a Connecticut school in 2012.

Two people later died after being taken to hospital.

"It's catastrophic. There really are no words," Sheriff Israel tweeted later.

Dr Evan Boyar of Broward Health told reporters late on Wednesday that 17 people total had been taken to area hospitals.

He added Cruz was among those treated and was released into police custody. Three people remained in a critical condition and three others were in stable condition, he said.