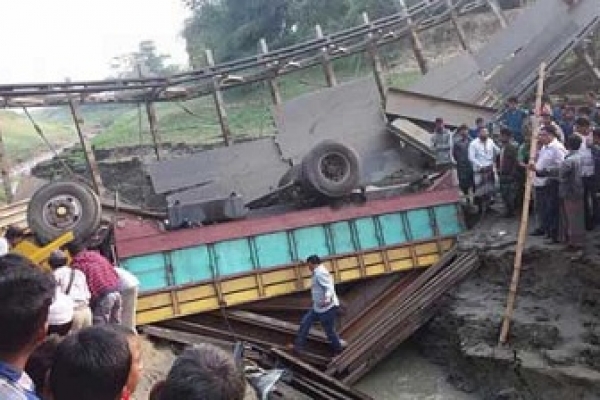 A truck driver and his assistant were killed as their vehicle plunged into a roadside ditch following collapse of a bailey bridge in Chhatak upazila of Sunamganj on Sunday morning.

Chhatak Police Station OC Atikur Rahman said a goods-laden overloaded truck plunged into a roadside ditch around 1am as the bridge collapsed, leaving the driver and his assistant dead on the spot and another man injured.

One of the deceased was identified as Abul Hossain 25, hailed from Chhatak upazila.