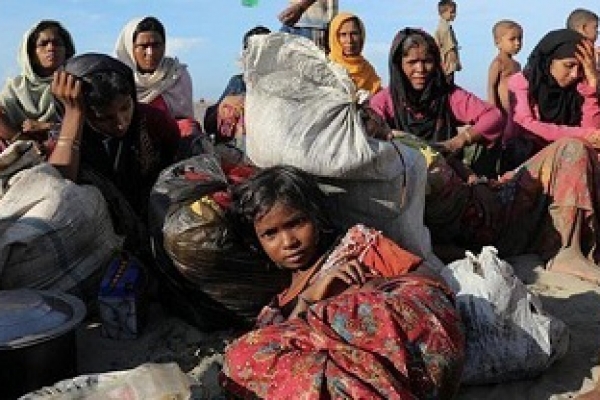 The Myanmar Embassy in London has rejected visas to a British parliamentary delegation, according to the parliamentary group Tuesday.

“Today, the Burmese Embassy has failed to provide visas for the International Development Committee to travel to Burma [Myanmar],” it said in a statement.

The cross-party parliament committee’s “visit was planned as part of the committee’s inquiry into the Department for International Development’s work in Bangladesh and Burma.”

“We are extremely disappointed. It is hard to escape the conclusion that this is a direct consequence of our report on the Rohingya,” the committee chair, Labour MP Stephen Twigg, said following the refusal of visas.

“The result is that planned meetings with government ministers and military personnel in the capital, Nay Pyi Taw, including with State Counsellor, Daw Aung San Suu Kyi, have had to be cancelled,” Twigg said.

“I will be seeking to raise this on the floor of the House [of Commons] tomorrow,” he added.

The committee’s first report in this inquiry on the Rohingya Crisis was published on Jan. 2018 and it “expressed the committee’s grave concerns over Burma’s treatment of the Rohingya, their mass displacement and plans to repatriate hundreds of thousands of Rohingya back to Burma without safeguards”.

The report also highlighted “evidence that sexual violence, including rape, remained a weapon of war used by the Burmese military”.

It also said there is a “grave risk” in plans for repatriation for Rohingya refugees to Myanmar without the understanding of their legal status, destination and willingness to return.
Myanmar repatriation plan slammed.

It said the “plans to begin repatriation for the displaced Rohingya people from Bangladesh to Burma are well underway without evidence of consultation or involvement with the community.”

The report titled "Bangladesh and Burma: the Rohingya crisis" published on Monday suggested that “continuing engagement” with Myanmar “seems to have been interpreted as tacit acceptance of the treatment of the Rohingya”.

“Previous episodes of displacement and return of the Rohingya and other ethnic minorities, over the last 20 years do not inspire confidence,” it added.

“It is unacceptable to propose that the Rohingya be returned to live in Burmese-run internment camps; inevitably to be faced with further privations, potential abuses and uncertain access for outside agencies; and likely only to be displaced once again if there is further violence.”

The committee also urged British ministers to “reflect on why so much evidence of discrimination, marginalisation, and abuse of the Rohingya people in Myanmar was seemingly ignored for so long, rather than translated into effective action by the international community”.

The Rohingya, described by the UN as the world's most persecuted people, have faced heightened fears of attack since dozens were killed in communal violence in 2012.

Since Aug. 25, 2017, some 750,000 refugees, mostly children and women, fled Myanmar when Myanmar forces launched a crackdown on the minority Muslim community, according to the UN. At least 9,000 Rohingya were killed in Rakhine state from Aug. 25 to Sept. 24, according to Doctors Without Borders.

In a report published on Dec. 12, the global humanitarian organization said that the deaths of 71.7 percent or 6,700 Rohingya were caused by violence. They include 730 children below the age of 5.

The UN has documented mass gang rapes, killings - including of infants and young children - brutal beatings, and disappearances committed by security personnel. In a report, UN investigators said such violations may have constituted crimes against humanity.-Anadolu Agency