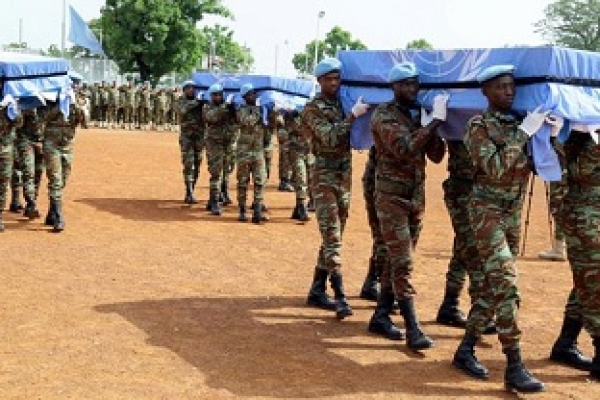 Four Bangladeshi UN peacekeepers have been killed and four more were wounded after their vehicle hit an explosive device in Mali's central Mopti region.

The deceased were identified as warrant officer Abul Kalam of Pirojpur, lance corporal Akhter of Mymensingh, soldiers Raihan of Pabna and Jamal of Chapainawabganj, reads the press release.

The four injured - corporal Russell of Naogaon, soldiers Akram of Rajbari, Newton of Jessore and Rashed of Kurigram - were given necessary treatment, added the press release.

In a report Al Jazeera said that, the incident happened a day after six Malian soldiers were killed in another blast.

The UN mission in Mali, which has more than 11,000 troops and was established in 2013, is one of the most dangerous peacekeeping operations in the world, with troops and convoys regularly coming under attack from armed groups.

According to UN figures, more than 146 members of the mission have been killed since 2013.

The security situation in Mali has been fragile since 2012 after armed groups captured the entire northern part of the country and were only pushed back a year later following a military intervention by France.