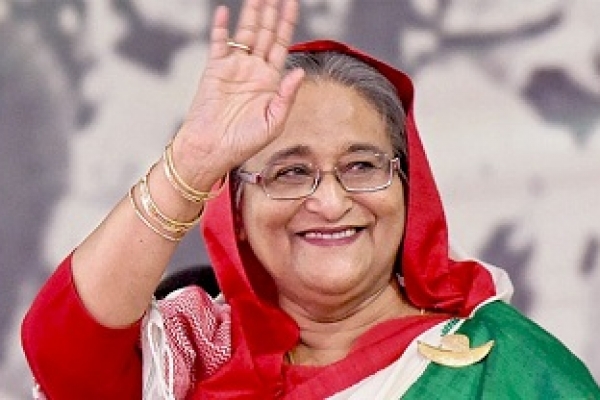 Prime Minister Sheikh Hasina is visiting Khulna today to join the 58th Convention of the Institution of Engineers, Bangladesh (IEB) along with the opening of 47 development projects and laying the foundation stones of 52 other schemes.

Sheikh Hasina, also the Awami League president, will address a public meeting, to be organized by the party, at the Circuit House Field in the afternoon.

IEB Honorary General Secretary Engineer Md. Abdus Sabur said that the Prime Minister will inaugurate the four-day IEB convention at its Khalishpur Center at around 11 am.

In the afternoon, Sheikh Hasina will inaugurate 47 development projects and lay the foundation stones of 52 other schemes by unveiling their plaques from the Circuit House Field.

"All preparations have been taken to make successful tomorrow`s public meeting in Khulna city," he said yesterday.