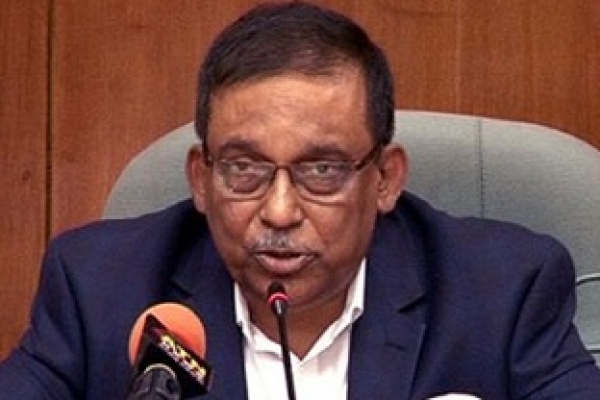 As per earlier agreement, Border Guard Bangladesh (BGB) and Border Guard Police (BGP) will jointly patrol along the Bangladesh-Myanmar borders after March 27 this year.

Asaduzzaman came up with the remark while addressing a religious programme of Christian community at Tejgaon in Dhaka on Saturday.

While talked about Rohingya’s repatriation, the home boss said, “I think that the Rohingyas wil return Myanmer soon.”

‘During the flag meeting, the Myanmar authorities said they, upon receiving wrong information, deployed army and artillery along Tambru border in Naikkhongchhari of Bandarban,’ he said.

Earlier on Thursday, BGB members were put on high alert as Myanmar army took position along the Tambru border in Naikhyangchari of Bandarban with heavy arms and ammunition.

The Foreign Ministry summoned the Myanmar Ambassador in Dhaka Lwin Oo over the deployment of troops and artillery and lodged its protest strongly.

In the wake of strong protest by Dhaka, Myanmar on Friday defended the deployment of troops and artillery along the Bangladesh-Myanmar border saying that it was done for internal security.