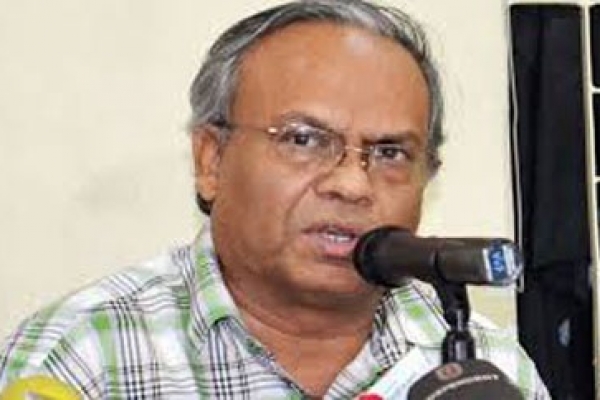 "The entire nation was astonished and become speechless hearing the comment of Obaidul Quader. But, people are well aware of the falsehood of Awami League," he said at a press briefing at BNP's Nayapaltan office.

The Senor BNP leader came up with the comment in reply of Obaidul Quader's recent remark on the attack on Dr Zafar Iqbal.

Earlier on Sunday, Obaidul Quader saw a conspiracy behind the attack on Dr Zafar Iqbal and alleged that BNP was patronising the conspirators.

"The country people believe that the attack was launched in an attempt to divert the attention to another direction as people became angry over Khaleda Zia's imprisonment," said Rizvi.

In the briefing, Rizvi also informed that BNP will form a human chain across the country for an hour on Tuesday. In Dhaka, the human chain will be formed at the National Press Club for an hour from 11am.

Besides, countrywide sit-in programme to be held from 11am to 12 noon on Thursday.

He requested all leaders and activists of BNP and its associate bodies to join the programme to press for party chief Khaleda Zia's immediate release from jail.