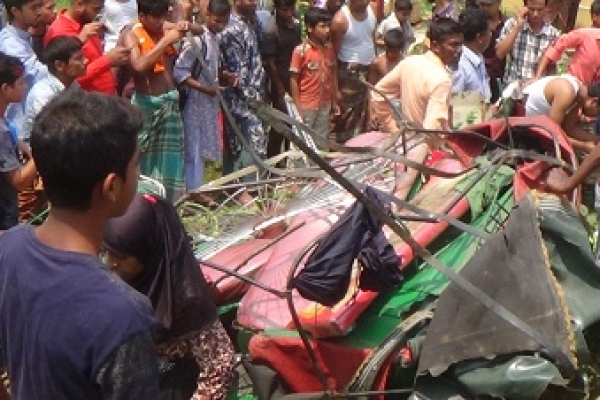 Four people, including a woman, were killed and two others injured when a truck hit an auto-rickshaw and a human hauler on Mymensingh-Haluaghat road at Alalpur in the city on Saturday morning.

The deceased were identified as Yunus, 60, Kuddus, 38 of Baula village in Phulpur upazila, Mustafijur Rahman, 62 and his wife Rahima Khatun, 50 of Tarakanda upazila.

The truck driver lost control over steering as one of its wheels got punctured and fell into a ditch after hitting the two vehicles, he said.